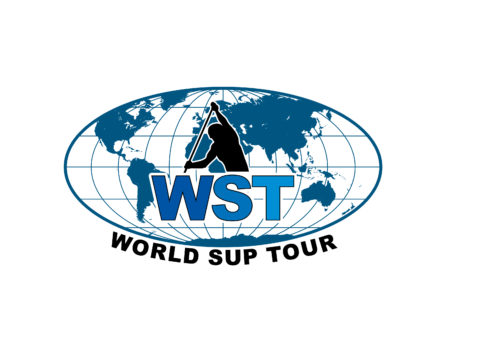 While Annabel walked away from the competition all weekend to lock down her PPG and WST titles, Connor had to work hard to hold off Danny Ching and Michael Booth in the distance race, Lincoln Dews from Australia battled stroke for stroke with Connor from the start to the finish of the Men’s technical surf race.  Both Annabel and Connor won the distance and technical races to take the overall Pacific Paddle Games titles and to also secure the World SUP Tour title along with the Salt Life Cup bonus to take home a total of $14,ooo each for their efforts on the PPG weekend.

Great performances happen on the big stage of big events like the Pacific Paddle Games and there were many notables, Danny Ching, taking second overall and Matt Nottage in third.  While Nottage at 22 years of age has some of his best years ahead of himself, the veteran, Danny Ching showed that he can still bring it as he was in striking distance the entire weekend.  In the Women’s Pro Elite, Olivia Piana performed well on the big stage with two third places to lock down second overall behind Annabel Anderson and the local girl, Shae Foudy, came back from a serious injury one year ago to take third overall at the Pacific Paddle Games.

The 2017 World SUP Tour included nine regular season events and the season finale Pacific Paddle Games with competitors earning points from their top three finishes during the season including points from the PPG Pro Elite technical race.  The WST/Salt Life Cup races award points based on the star rating for each WST event in Elite Men’s SUP 14’& under and Women’s SUP 12’6 & under with the season finale Pacific Paddle Games worth 10,000 points to first.  The top three point’s leaders through the Pacific Paddle Games received Salt Life bonus money and crowned the 2017 WST/Salt Life Cup Champions.  Lincoln Dews made the biggest jump in the overall standings jumping from 24th to 3rd overall edging out Travis Grant by less than 400 points.

The World Paddle Association would like to thank all of the races that participated on the 2017 World SUP Tour, the Pacific Paddle Games/SUP the Mag and Salt Life Apparel for their support and to help grow the sport of paddling.  Go to supthemag.com, saltlife.com and worldpaddleassociation.com for news and updates.

Built with Layers
Thanks for subscribing! Please check your email for further instructions.