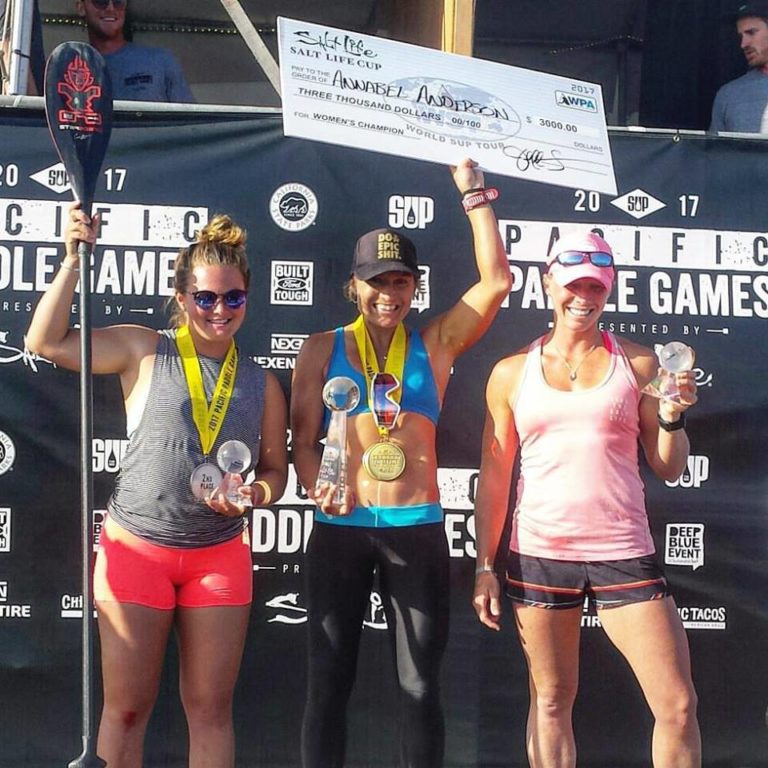 The World SUP Tour and Salt Life crowned Connor Baxter and Annabel Anderson as 2017 Champions at the Pacific Paddle Games to end a great year of competition and races.  While Connor Baxter and Annabel Anderson took home the 2017 titles, there were many great performances through the year and in all board class divisions in the Open, Juniors and Elite-Pro.  The next event on the World SUP Tour is the Japan SUP Cup on October 14 & 15 with points going toward the 2018 season for all competitors that compete.  For more information on the Japan SUP Cup, go to http://www.supu.co.jp/race/en/.

The 2017 World SUP Tour included nine regular season events and the season finale Pacific Paddle Games with competitors earning points from their top three finishes during the season including points from the PPG Pro Elite technical race.  The WST/Salt Life Cup races award points based on the star rating for each WST event in Elite Men’s SUP 14’& under and Women’s SUP 12’6 & under with the season finale Pacific Paddle Games worth 10,000 points to first.  Below is the the top ten point’s leaders through the Pacific Paddle Games and the link to the compete Final standings of the 2017 World SUP Tour with all competitors that competed in WST races.

Look for the 2018 World SUP Tour schedule in the upcoming weeks and new events to be announced.

The World Paddle Association would like to thank all of the races that participated on the 2017 World SUP Tour, Salt Life Apparel, Pacific Paddle Games/SUP the Mag and for their support and to help grow the sport of paddling.  Go to supthemag.com, saltlife.com and worldpaddleassociation.com for news and updates.